The Voice of The War Horse Memorial 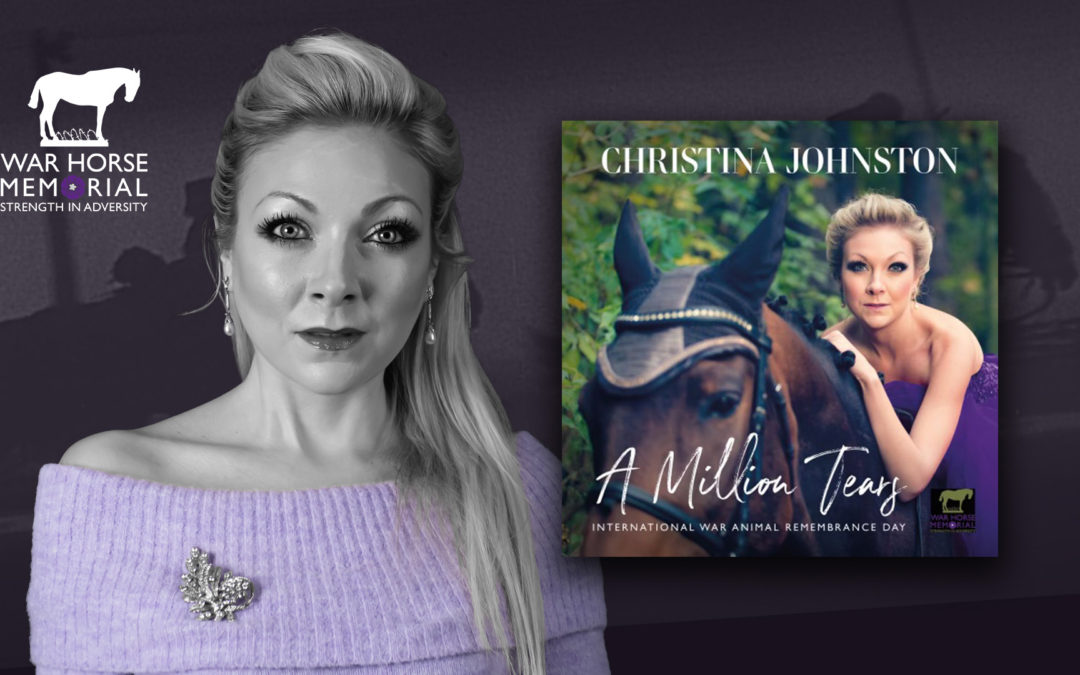 Christina Johnston is the voice on a new single to launch the first International War Animal Remembrance Day on 24 February, 2022. Celebrity animal lovers are supporting this special record, releasing on 11 February, to honour the service and sacrifice of tens of millions of animals over hundreds of years of conflict. It acknowledges the contribution that horses, mules, donkeys, dogs, cats and many other animals have made over countless wars; it’s the first time they have been recognised in this way.

Christina Johnston, who has sung before presidents and heads of state, says……..
“It’s such an honour to represent The War Horse Memorial through this beautiful track to raise money for charities to help animals and war veterans. I have a tremendous love of all animals, especially horses, and when I was asked to be Ambassador of this wonderful organisation it was such a compliment. And then to be asked to be the voice too was a double treat. To have a day marked especially to remember animals in this way, and how they served us is, I think, fitting and apt.”

The song, co-written by Warwick, Young and Maclean, will be available from 11 February 2022 on all major digital platforms, including iTunes/Apple Music, Spotify, Amazon, YouTube and many others.

This website uses cookies to improve your experience while you navigate through the website. Out of these, the cookies that are categorized as necessary are stored on your browser as they are essential for the working of basic functionalities of the website. We also use third-party cookies that help us analyze and understand how you use this website. These cookies will be stored in your browser only with your consent. You also have the option to opt-out of these cookies. But opting out of some of these cookies may affect your browsing experience.
Necessary Always Enabled
Necessary cookies are absolutely essential for the website to function properly. This category only includes cookies that ensures basic functionalities and security features of the website. These cookies do not store any personal information.
Non-necessary
Any cookies that may not be particularly necessary for the website to function and is used specifically to collect user personal data via analytics, ads, other embedded contents are termed as non-necessary cookies. It is mandatory to procure user consent prior to running these cookies on your website.
SAVE & ACCEPT